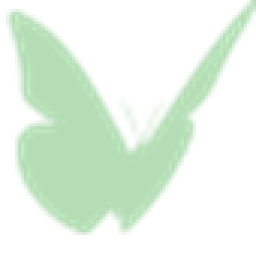 A new 24 hour radio station playing music chosen to evoke memories has been launched to help people living with dementia and their carers.

m4d Radio is a new non-commercial radio station playing songs from the 30s through to the 70s. As part of the Music for Dementia campaign the radio station aims to make music freely available so it can form part of the care plan for anyone affected by dementia.

Available 24 hours, 365 days a year, m4d Radio will run free of advertisements to maximise the holistic benefit of the music.

Grace Meadows, programme director at Music For Dementia, explains:
“Often people living with dementia and their carers don’t know how to access the music that matters to them.

At m4d Radio we are developing content with our listeners to make sure it’s what they want and need, through themed shows and era-specific stations in careful collaboration with our close partners.”

Supporting the radio station’s launch are a host of celebrities including broadcaster Lauren Laverne, TV host Fiona Phillips, and former Strictly Come Dancing judge Arlene Phillips. Taking part in the stations’s #Song4You challenge, they have chosen and dedicated a song to someone affected by dementia.

M4D Radio can be found at www.m4dradio.com/
or ask Alexa to “Play M4DRadio”

This website uses cookies to improve your experience while you navigate through the website. Out of these, the cookies that are categorized as necessary are stored on your browser as they are essential for the working of basic functionalities of the website. We also use third-party cookies that help us analyze and understand how you use this website. These cookies will be stored in your browser only with your consent. You also have the option to opt-out of these cookies. But opting out of some of these cookies may affect your browsing experience.
Necessary Always Enabled
Necessary cookies are absolutely essential for the website to function properly. These cookies ensure basic functionalities and security features of the website, anonymously.
Functional
Functional cookies help to perform certain functionalities like sharing the content of the website on social media platforms, collect feedbacks, and other third-party features.
Performance
Performance cookies are used to understand and analyze the key performance indexes of the website which helps in delivering a better user experience for the visitors.
Analytics
Analytical cookies are used to understand how visitors interact with the website. These cookies help provide information on metrics the number of visitors, bounce rate, traffic source, etc.
Advertisement
Advertisement cookies are used to provide visitors with relevant ads and marketing campaigns. These cookies track visitors across websites and collect information to provide customized ads.
Others
Other uncategorized cookies are those that are being analyzed and have not been classified into a category as yet.
SAVE & ACCEPT
Powered by